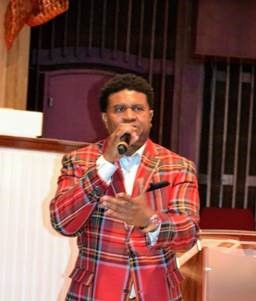 John A. Eppenger, II joined Sixth Avenue Baptist Church in August 2011. Soon after, he began the Joshua Men’s Ministry to prepare adult men for leadership in the church; he has also served in the Children’s Church as an instructor and is still involved in the teen ministry.

He was called into the ministry in 2001 at the Galilee Missionary Baptist Church, Grasselli Heights, in Birmingham, Alabama. There, he served as a teen Sunday School teacher and on the Trustees Board. He was also ordained as a deacon of the church before entering into the ministry. After being licensed and ordained as a minister, he served as the minister leader for the seniors ministry before becoming the youth minister.

John truly believes it is a privilege and honor to teach others to reach others in order to expand God’s Kingdom on earth, especially through sports, fellowship, and mentoring.

John completed his undergraduate studies in 1991 at the University of Alabama where he received a Bachelor’s Degree in Political Science. After retiring from his employment with the federal government, he joined the staff of Sixth Avenue Baptist Church in January 2019 as the Congregational Care Minister.

John is married to Katahya. The couple has two sons – John III and Jordan.