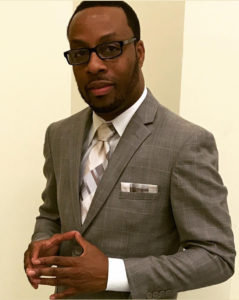 In 2002, he continued his music studies at Florida Agricultural & Mechanical University in Tallahassee, Florida.  He graduated in May 2005 with a Bachelor’s of Science in Music, with Major Course Study in Choral Conducting and Piano Accompaniment. He remained in Tallahassee for a while and served as Interim Worship Leader at Florida Agricultural and Mechanical University’s Wesley Foundation Inc.

In continuing his music education pursuit, he enrolled at the University of South Florida in Tampa. He completed all requirements with a concentration in Church Music for a Masters of Music in Choral Conducting in May 2008.   The summer of 2006, he was privileged to study in Austria at the Classical Music Festival that honors Classical Musical Composer Franz Joseph Haydn.  There he performed “The Creation”, a Classical masterpiece with the Classical Musical Festival Chorus in the Esterhazy Palace, the palace where Haydn worked for many years composing and performing.

Dr. Jackson completed a Doctor of Ministry Degree (D. Min) at the Interdenominational Theological Seminary (ITC) in Atlanta, in Managing Transitions and Interim Ministry. The title of his dissertation was: “Leading The Lord’s Song in A Strange Land:” A Teaching Study Model For An Effective Minister of Music and Worship Leader In African-American Congregations.